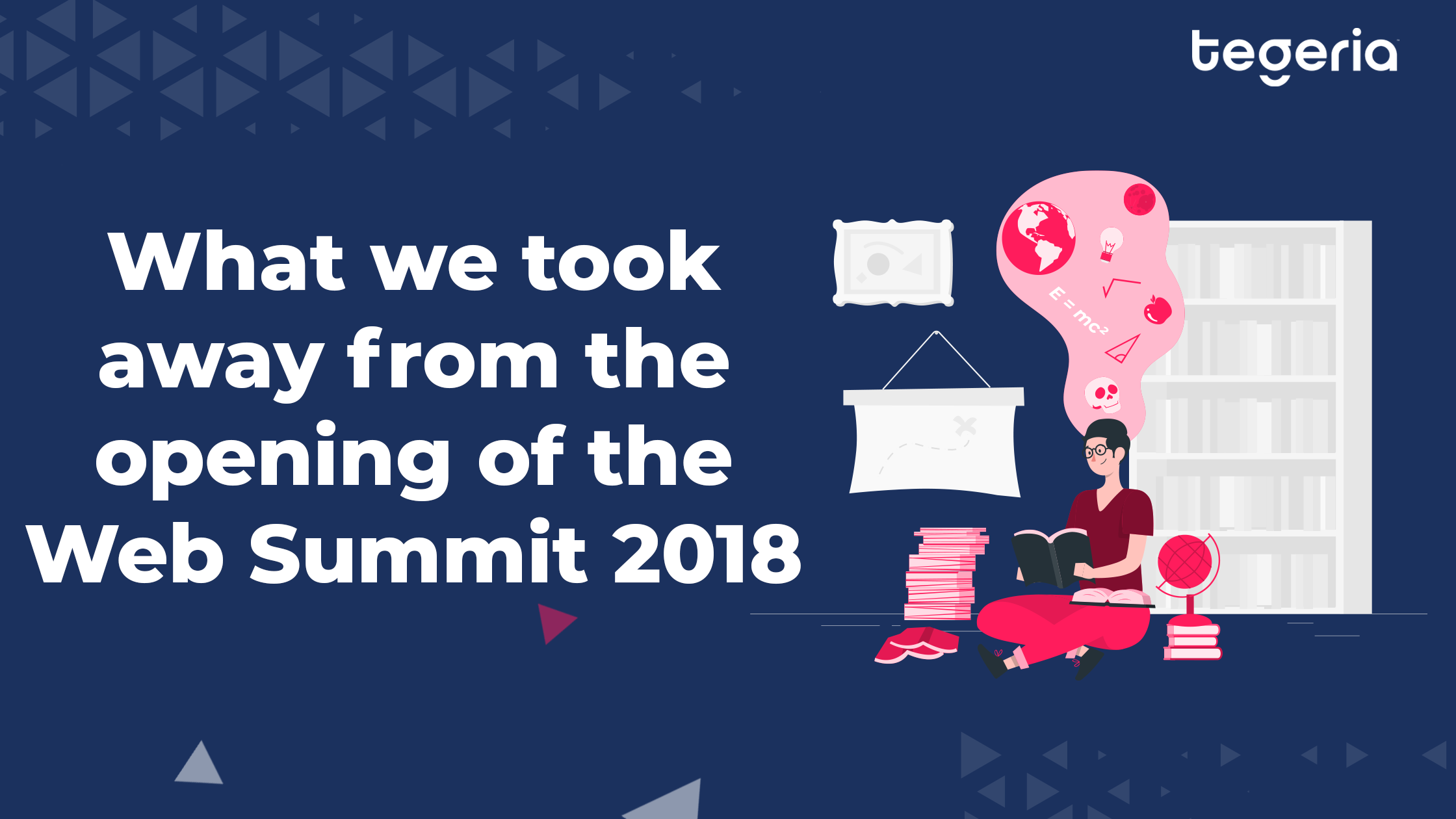 The Web Summit 2018 was held between the 5th and 8th of November, in Lisbon, Portugal. Selling out weeks before the event, it attracted over 70,000 delegates from 170 different countries, as well as some of the world’s most well-known industry stakeholders.

Tegeria attended for the duration of the event and were excited to see speeches from individuals such as Tony Blair, Microsoft president, Brad Smith, UN Secretary-General, Antonio Guterres, founder of the Internet, Tim Berners-Lee, and chief executives from leading names such as Tinder, Samsung, TripAdvisor, Slack, Medium, and the European Banking Federation.

The first Web Summit was held in Dublin, Ireland in 2009 and attracted less than 400 attendees in its first year. It relocated to Lisbon in 2016, where it will now be held a further nine times, with more attendees present on a year-on-year basis.

With so many interesting speakers on the agenda, it was difficult to narrow down which were the best, or most innovative, but these were some of the favourites.

Dr Telia Gershona, Scientist and Senior Manager at IBM gave an incredible talk about Quantum Computing; how it has evolved up to the current moment, and how developers, researchers, and the community can better develop Quantum applications. IBM also showcased a technology called IBM Q which provides Quantum Machines in the cloud to be leveraged by the community.

Next on the agenda was Tim Berners-Lee the inventor of the internet as we know it. He spoke about the need to maintain privacy as a fundamental human right whilst creating a contract for the web to keep all stakeholders happy;

“You deal with a lot of grey area and I think as humans we’re very bad at dealing with grey questions. We love black and white answers to things. We need to sit down and engage with each other. So I’m looking forward to doing that through the process of the contract for the web.”

One of our favourite speakers and perhaps the most empowering speech of the event came from Achia Mila, the founder of Women in Digital- Empowerment Through Technology. An internationally renowned technological mind, she is also very active in promoting and developing the participation of women in the IT and Digital world. She addressed the audience;

“I haven’t seen the adult life so far without the web and the power of digital and that is so ingrained in the way I live my life and in the way I do activism. I might have taken that for granted, in the sense that I have access to education, economic opportunity, healthcare and there are people all around the world, particular girls and women, who don’t have access to these things. But I think what’s most important is the access to this sense of community, with which otherwise I wouldn’t have been able to start up my own platform which brings social activists together”

Echoing the sentiments of Ms Mila, was Jacqueline Fuller, Head of Philanthropy for Google, who stated simply that the world “needs more women in tech.”

“At Google, we believe that the best way to deal with challenges is to come together collectively and work collaboratively”.

Last but not least came a motivational speech from the UN Secretary-General, Antonio Guterres. He shared his thoughts on the need to harness the promise of new technologies, whilst ensuring that the correct safeguarding is in place to protect against possible perils and pitfalls. He also explained to the crowd that a staggering 90% of the data the exists in the world today, was created within the last two years.

“What we need is to create platforms, like the one mentioned in the contract. And I want UN to be a platform where governments, the academia, scientists, companies, civil society can come together and can find ways to discuss and to agree on protocols, codes of conduct and other mechanisms that allow for the cyberspace, for digital technologies, for the web, for artificial intelligence to be essentially a force for good.”

At Tegeria, we found it an honour to be in the presence of such influential and inspiring individuals and it was also a useful platform for us to network, make contacts, and meet other like-minded individuals and businesses that operate within similar spheres. We look forward to next years’ event! 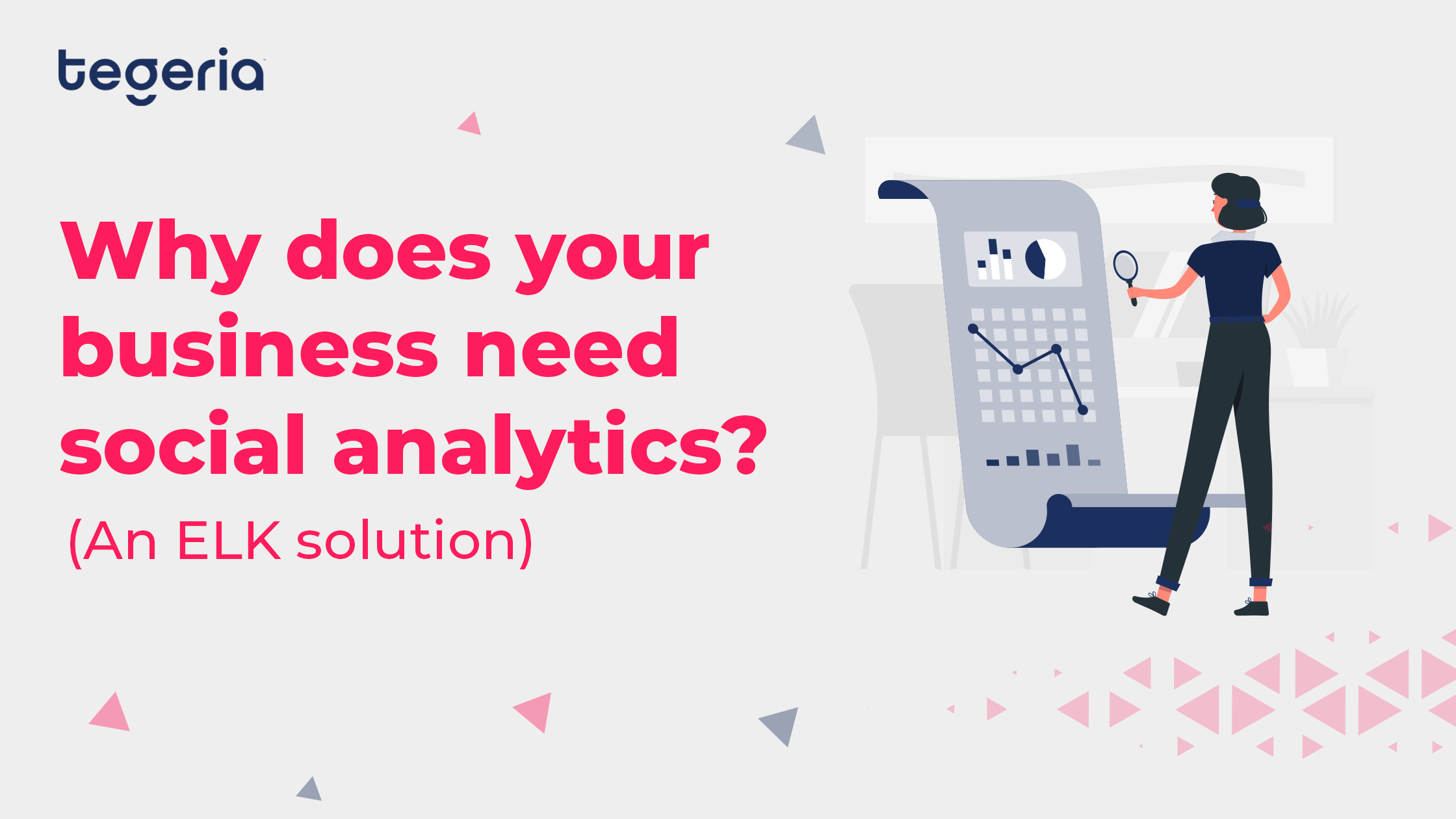 Case Study: Why does your business need social analytics? (An ELK solution)

All, Business tips, Use Cases 0

Right and Wrong, in Humanity and AI. – A research paper by Tegeria.